Husband, father of four, grandfather of 10 and candidate for Michigan's House of Representatives newly formed 59th District that encompasses the majority of Shelby Township and western Macomb Township. Terence has spent over 34 years upholding our Constitution and fighting for your rights as a Law Enforcement officer. Having managed multi-million-dollar budgets and teams of over 1,000 personnel, Terence knows what it means to lead and serve. With this desire to serve, and after prayerful consideration, the decision for Terence to run for State Representative in the 59th District seat became unquestionable, to continue to uphold the Constitution and protect the rights of the people of Michigan. 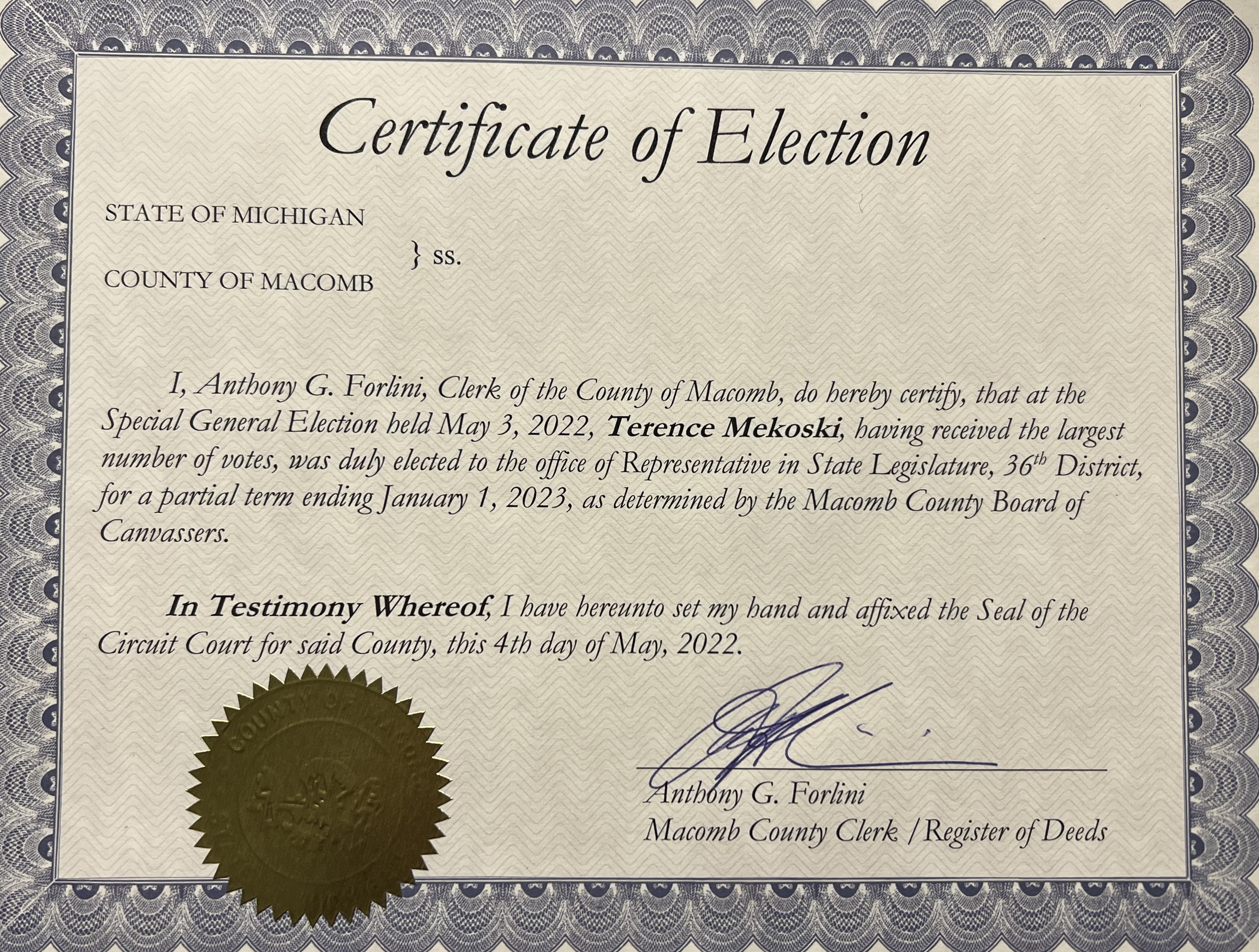 Answering the call to serve has been the story of Terence’s life.

Starting in 1990, Terence began an exceptional 26-year service career at the Oakland County Sheriff’s Office. He rose from the rank of Deputy II and retired in 2016 as Deputy Commander of Patrol Services.

During his career, Terence served as a sergeant in the Narcotics Enforcement Unit and as Agent in Charge of a FBI Multi-Agency Task Force and a DEA Multi-Jurisdictional Task Force. His unit’s surveillance of possible drug smugglers uncovered 15 kilos of cocaine valued at $10 million — the largest seizure in Macomb County history.

Soon after retirement, he returned to the DEA as the Senior Financial Investigator for the Opioid Strike Force to continue the fight against our nation’s drug crisis.

Now that he has been elected as a State Representative, he will continue his life of community service and provide solutions for Michigan's toughest challenges.

Sign up today to join our campaign and hear all the latest campaign news from the trail!